It was a crazy project to restore a former Palace in the heart of the historic center To build a hotel with 20 rooms & bathrooms everyone different. But after 8 years has become a place to forget the car and visit all the monuments of Sevilla by feet

Situated in a delightful area of Seville, in the picturesque and authentic Barrio de Santa Cruz, the hotel is an attractive, converted manor house dating back to the 16th century.

The Barrio de Santa Cruz is a charming area of the city with narrow, cobbled streets dotted with orange tree-lines plazas and centrally located within walking distance of many of the major attractions, such as the cathedral and the Alcazar.

The hotel has a pleasing traditional patio-courtyard, onto which many of the rooms look out and where you can sit out and enjoy the peaceful ambience. There is also a popular restaurant that serves traditional Andalusian and Mediterranean cuisine. 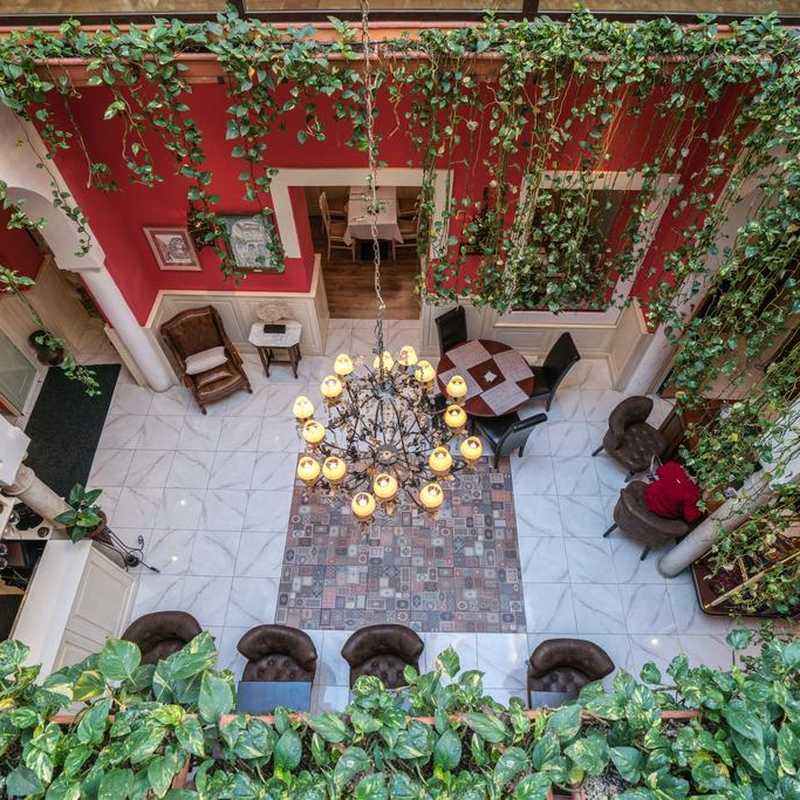